‘She is very loved’: Auburn school aide greeted by car parade on her birthday | Local News

We’re providing access to COVID-19 articles for free. Please help support our work by subscribing or signing up for an account. Already a subscriber? Log in. 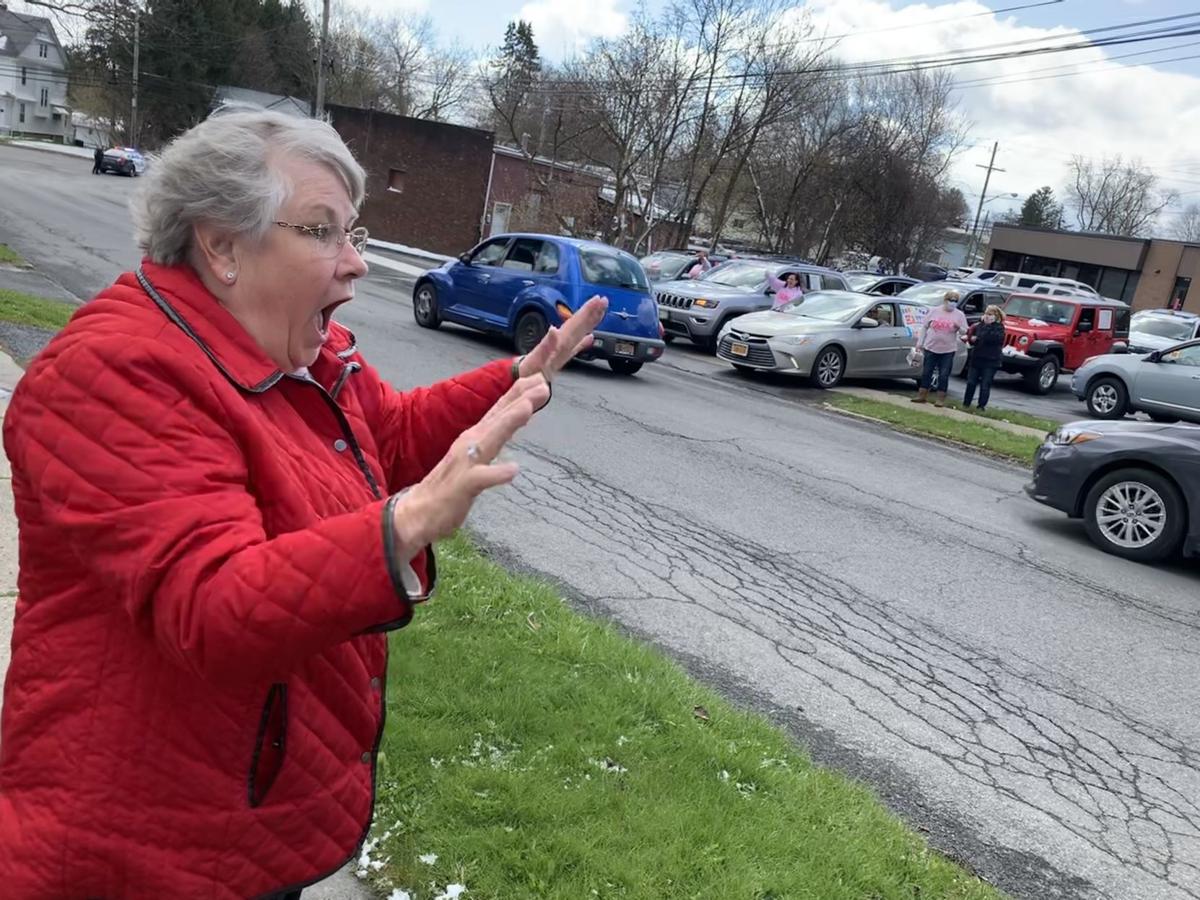 Sue Bertonica greets a parade of cars celebrating her 69th birthday Wednesday outside her home on Lansing Street in Auburn. 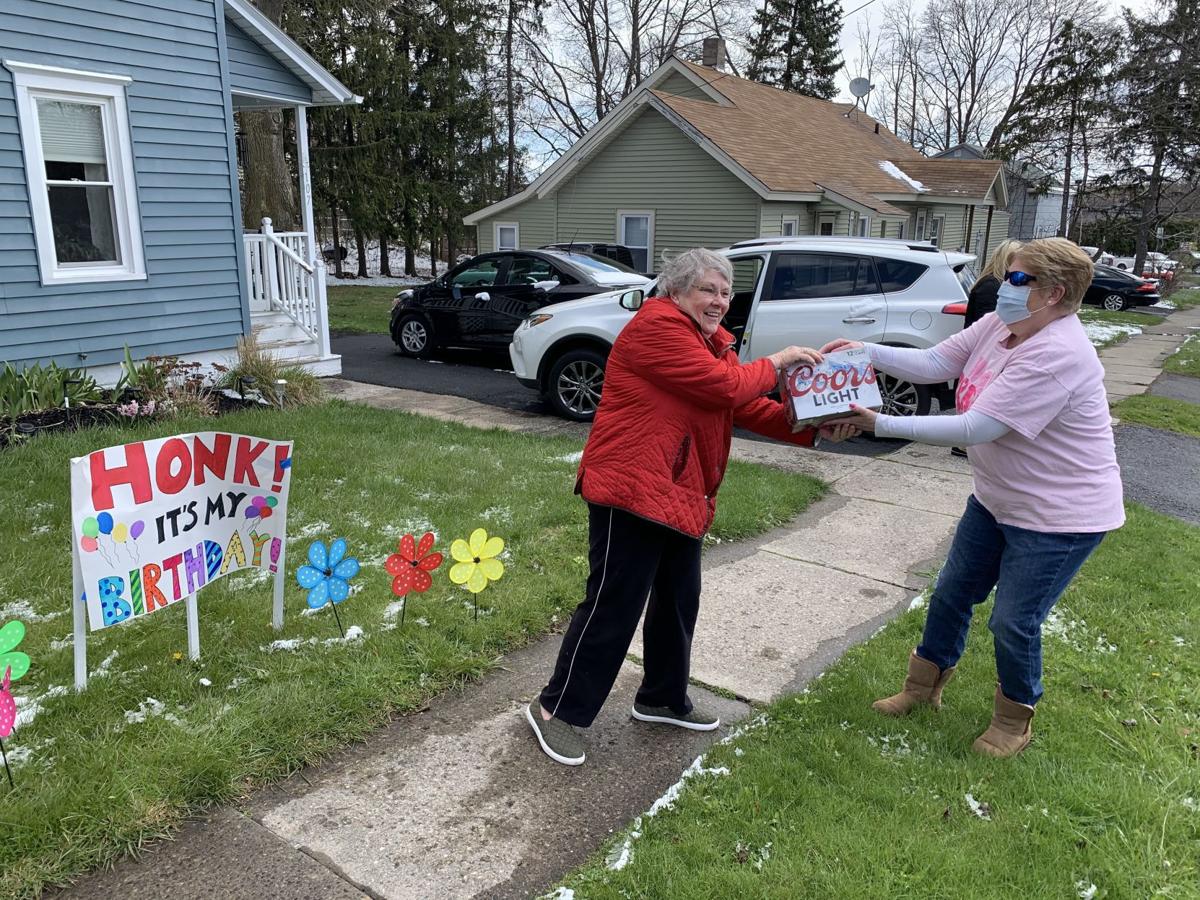 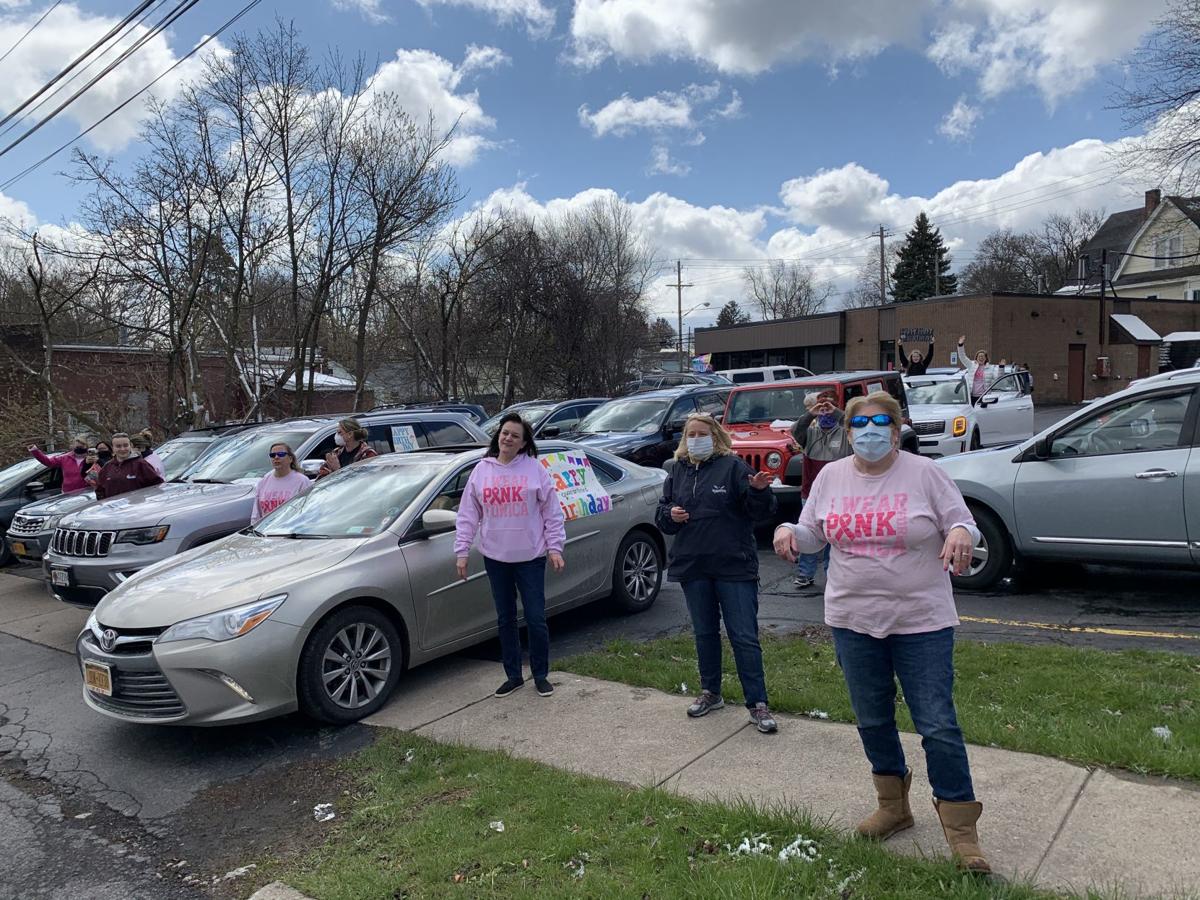 Drivers in a car parade celebrating the 69th birthday of Sue Bertonica, of Auburn, sing her “Happy Birthday” from across the street afterward. 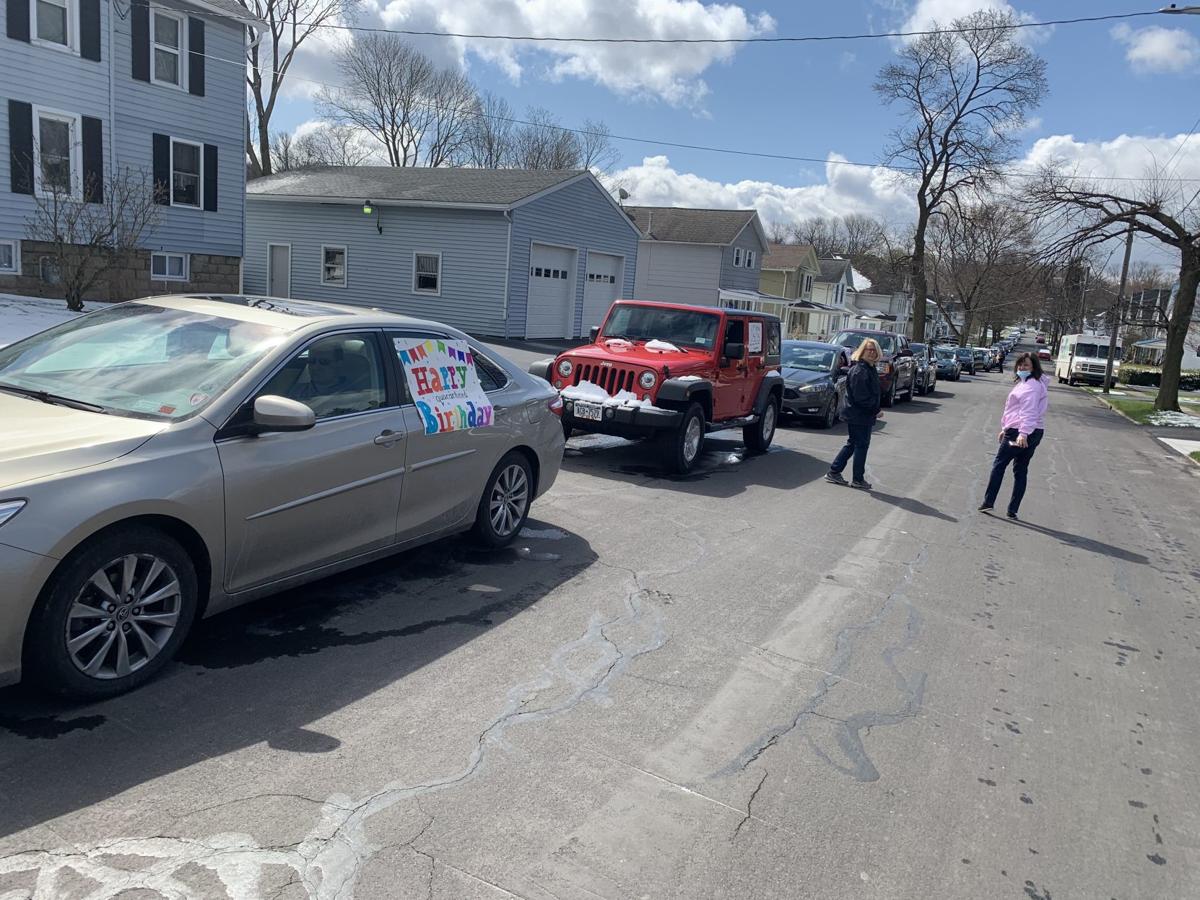 Cars line up Wednesday morning for a parade celebrating the 69th birthday of Sue Bertonica, of Auburn. 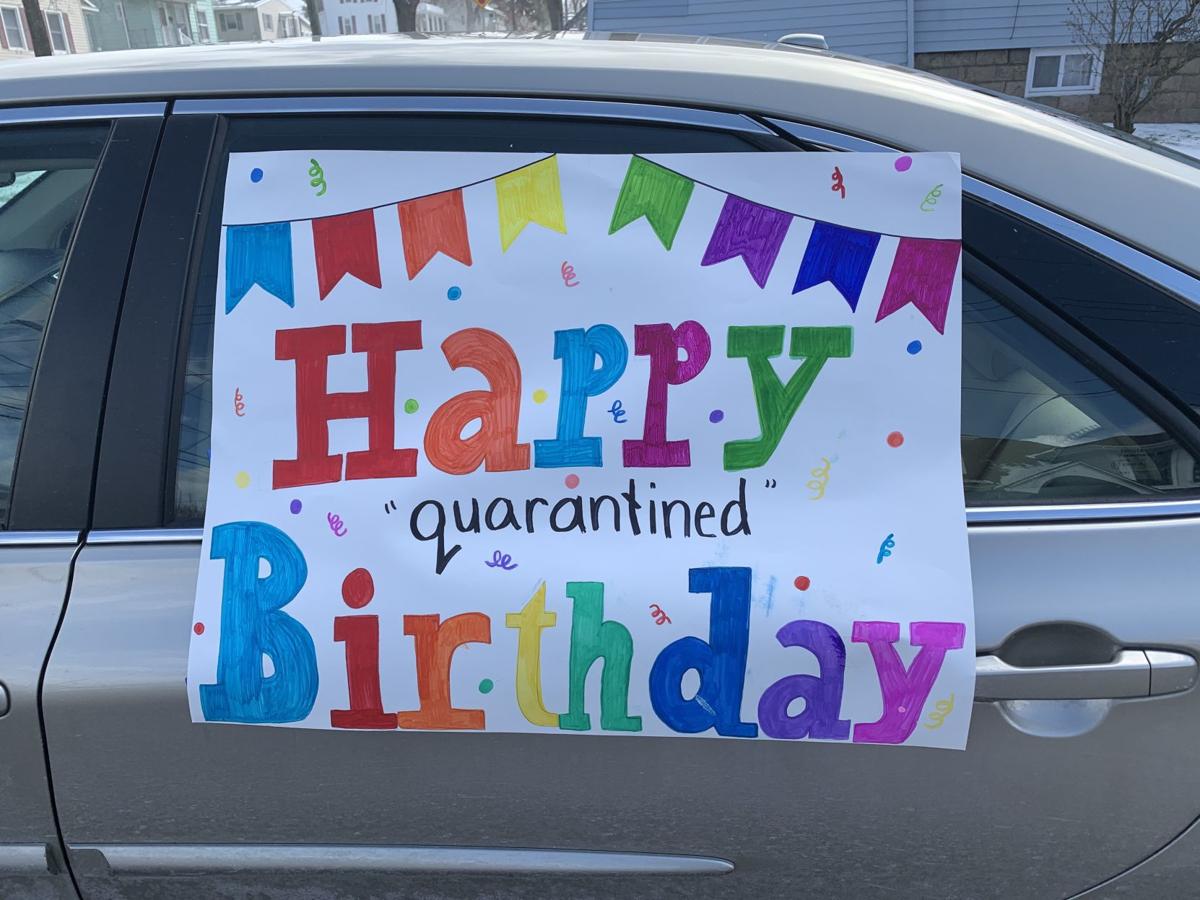 A sign in one of the cars taking part in a birthday parade for Sue Bertonica, of Auburn, on Wednesday. 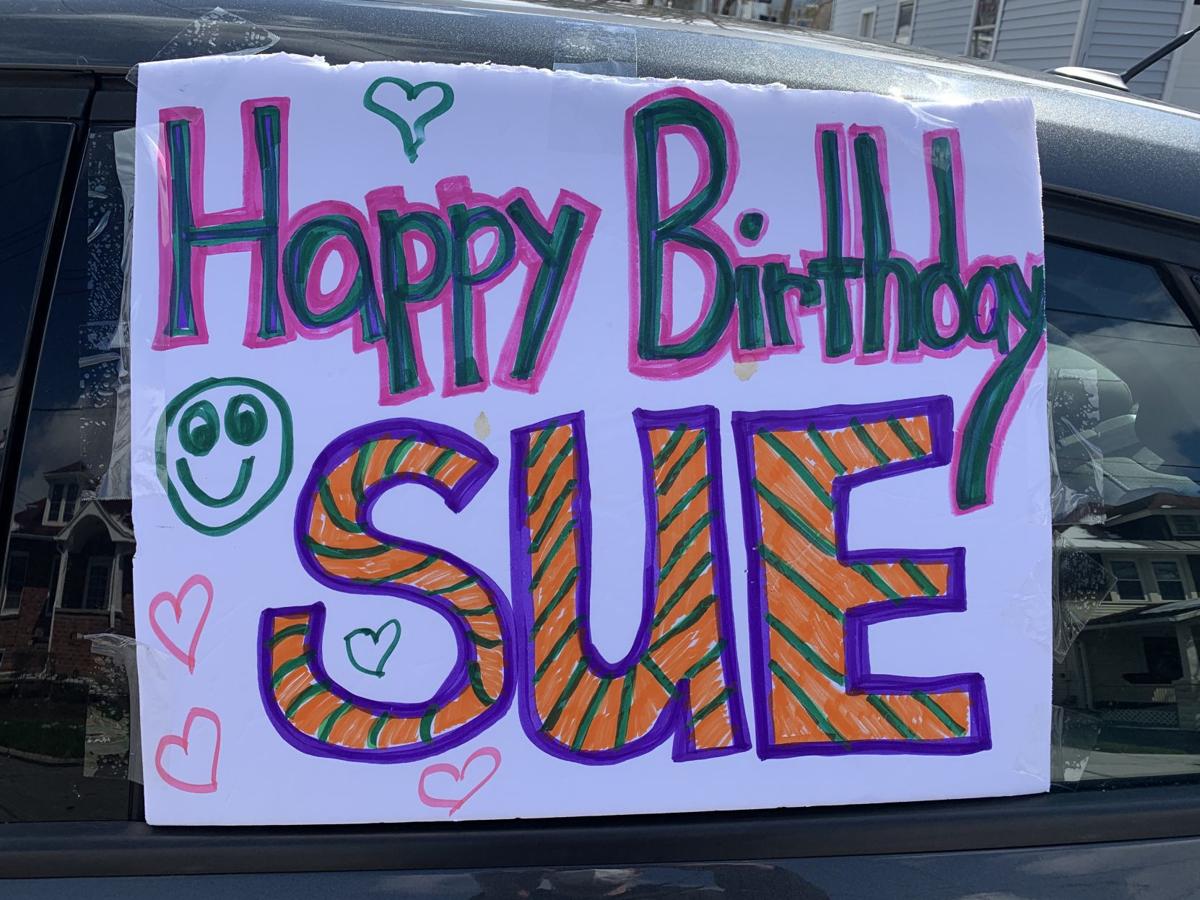 A sign in one of the cars taking part in a birthday parade for Sue Bertonica, of Auburn, on Wednesday.

On Sue Bertonica’s birthday last year, she went back to work at William H. Seward Elementary School for the first time since recovering from breast cancer. She celebrated the day with the children, and brought them treats.

But on her birthday this year, Bertonica couldn’t go to work due to the need for social distancing during the coronavirus pandemic. So the school went to her.

At about 11 a.m. Wednesday, Bertonica was surprised by a parade of more than 40 cars cruising past her Lansing Street home. Honking, waving and sporting “Happy Birthday” signs, they all showed their appreciation to the teacher’s aide they’ve come to call “Tonica,” as a former student nicknamed her.

“I got a bunch of people that are good to me,” Bertonica said. “I just couldn’t believe it, that I have so many nice friends, coworkers and family.”

The parade was the idea of Kelli Bennink, a fellow teacher’s aide who works in the same classroom as Bertonica. They’ve been together at Seward Elementary since Bertonica came there about six years ago, after 37 years working at Wegmans. Bennink, along with several others, wore pink shirts to the parade that they made to support Bertonica during her breast cancer treatment.

Bennink said more people showed up for the parade than she expected. She believes they wanted to give back to Bertonica because she’s so giving herself. The aide has gone out of her way to provide for children at Seward Elementary, buying food, supplies and even clothes for them with her own money.